Feed Yourself Smarter | Alzheimers Awareness Month
Alzheimer’s disease is the most common cause of dementia. More than 520,000 people in the UK have dementia caused by Alzheimer’s disease and this figure is set to rise. Early intervention and prevention are critical and it doesn’t need to be complicated or require an extreme diet. It is about listening to the signals your body is giving you and acting accordingly.
Alzheimers, dementia, early intervention, prevention, Alzheimers awareness, Dale Bredesen, cognitive decline
2284
single,single-post,postid-2284,single-format-standard,ajax_updown_fade,page_not_loaded, 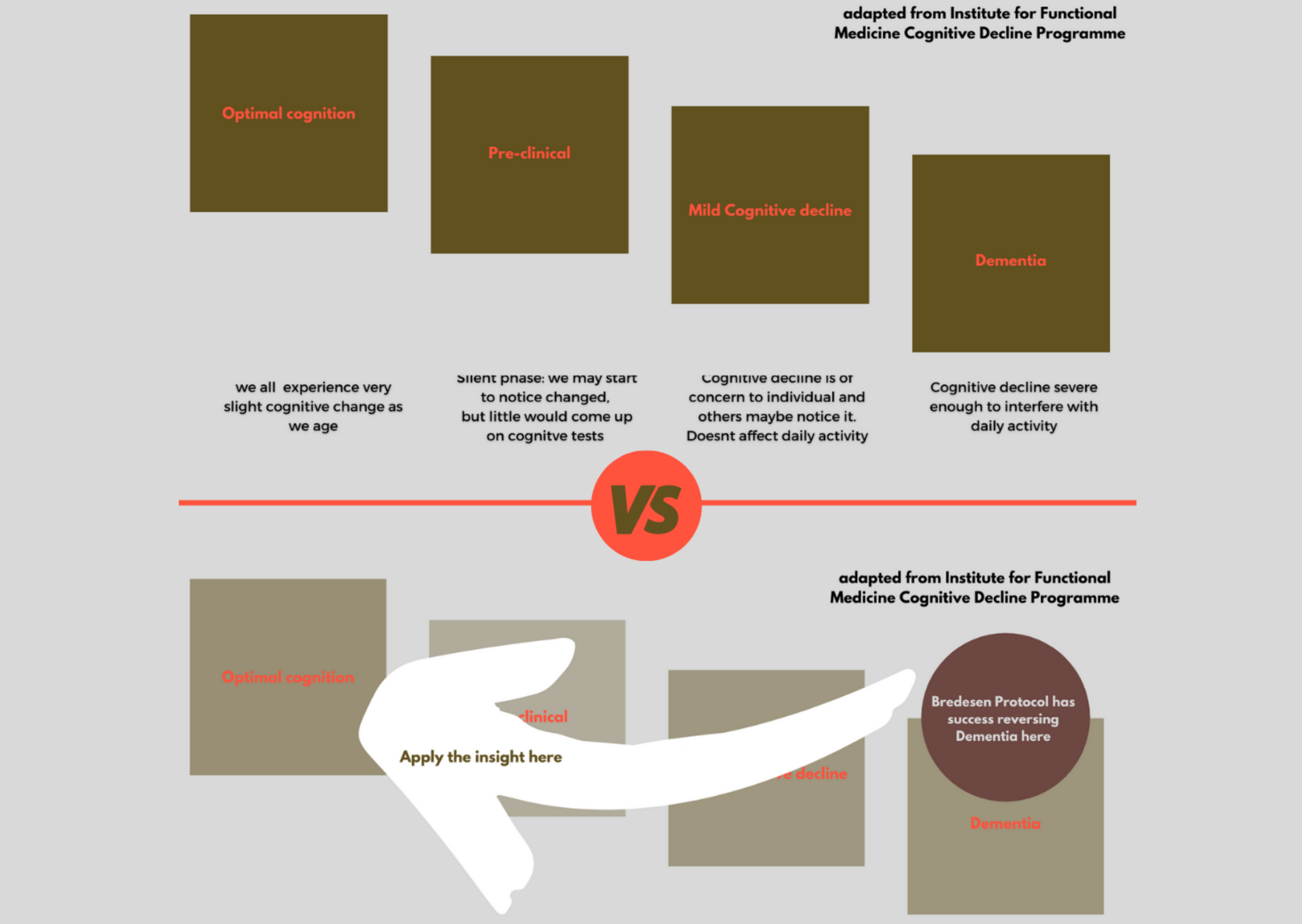 As some of you may know I have trained with Dr Dale Bredesen, he is the author of “The end of Alzheimer’s” and has created a protocol that has shown it can reverse Alzheimer’s disease (studies have been published on this, which I can share with anyone who is interested).

What I do, is take the principles of his approach and show people how to apply that earlier (NOW) and into your daily life so that we can maintain optimal cognitive function. The headline image is my demonstration of that and is based on a model of cognitive decline produced by the Institute for Functional Medicine.

Early intervention and prevention are critical and it doesn’t need to be complicated or require an extreme diet. It is about listening to the signals your body is giving you and acting accordingly.

In my free Masterclass last week, I talked about brain fog and low energy. These are some of the signs our body gives us that things are not quite optimal. I shared some simple approaches that everyone can take to address these issues.

Brain fog is one of the little clues that you are dipping into the “pre-clinical” or “pre-disease” state. We can do something about it, simply and effectively. Not only will that allow you to enjoy your life more fully NOW, it could also prevent the slide into cognitive decline.

These issues can be addressed and it is a lot easier the earlier we start. That is exactly what Food for Thought is created to do.

In health and happiness
Ange
X

Sorry, the comment form is closed at this time.